Plants vs. Zombies Wiki
Register
Don't have an account?
Sign In
Advertisement
in: China exclusive, Archived, Sky City,
and 7 more

Dodge the zombies and bullets and defeat the powerful enemies.
Air Raid III was the third and final Air Raid level of Sky City in the Chinese version of Plants vs. Zombies 2. The player had to get 30,000 points and defeat the bosses to complete the level. The bosses were two Zombie Fighters, a Double-Cabin Aircraft Zombie, and an Arbiter-X. When this level was finished for the first time, the player got a star. 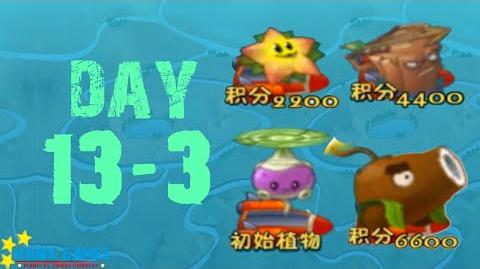