Rare
Licensed to Vanquish - the Agent Pea is a silent stalker, and makes vanquishing Zombies look easy. For king and country...and Crazy Dave
Agent Pea is a Super Rare variant (Rare in Garden Warfare 2) of the Peashooter in Plants vs. Zombies: Garden Warfare and Plants vs. Zombies: Garden Warfare 2. Unlike the normal Peashooter, the Agent Pea does not deal splash damage with the Pea Silencer, but instead gets increased damage at headshots. The Agent Pea fires a lot quicker, zooms in more, has a more accurate crosshair, and reloads slightly faster. However, he is the most fragile Peashooter variant, having only 100 health compared to most other Peashooters having 125 health, upon being decreased in the Legends of the Lawn DLC.

Agent Pea is a reference to the famous character James Bond from the "007" series of movies. Thus, his hair resembles that of Sean Connery's Bond.

His name might also be a reference to the character Perry the Platypus, also called Agent P, from the TV series Phineas and Ferb, created by Disney.

Licensed to Vanquish - the Agent Pea is a silent stalker, and makes vanquishing Zombies look easy. For king and country...and Crazy Dave.

The Pea Silencer is the primary weapon of Agent Pea; all facts below apply to a fully upgraded weapon.

The primary weapon of the Agent Pea is the Pea Silencer. It deals 10 to 15 impact damage and 20 to 30 critical damage. It deals no splash damage but compensates for this by having a faster reload speed and a higher rate of fire than most other variants of the Peashooter. It has 12 ammo.

Players that can reliably land headshots as the Peashooter may find the Agent Pea to be an ideal character to use. His crosshair allows for accurate shots, which aids him in sniping. The damage per second value for his primary weapon is the highest out of any character in the game at any range, making him extremely annoying in 1v1 situations.

While the Agent Pea is capable of dealing damage at such a high rate that he practically vanquishes weaker zombies almost outright, he possesses the lowest health out of all Peashooters, at just 100 HP. This makes him very vulnerable to ambushes and surprise attacks. With this in mind, always be aware of your surroundings, do not let the zombies catch you by surprise, for if they do, they can vanquish you before you even gain a chance to react, so be cautious when you play.

The Agent Pea's main trump card is his elevated headshot damage, a successful headshot gives a 2x damage boost. Due to the fact that the Pea Silencer deals moderate damage for headshots and pitiful damage otherwise, you should try to locate a zombie that is already fighting another plant, aim for the head and shoot. Try to stay at a reasonable distance from your targets and zoom in while aiming to minimize bullet spread and to gain maximum accuracy.

If you are forced into close range fight, ignore zooming in and just "hip-fire" for the head. Try to dodge incoming fire and when reloading, quickly take cover before resuming the fight, your low health means that every hit you sustain will be too much. If the situation gets critical, use Hyper to run away or Super Pea Jump to jump up to a high vantage point and use it to either flee or harass your opponent, or if you are skilled, headshot them. 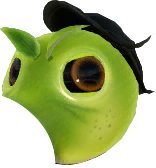 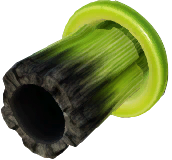 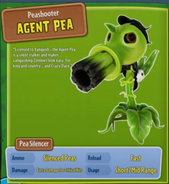 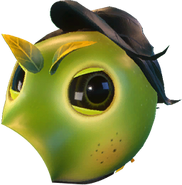 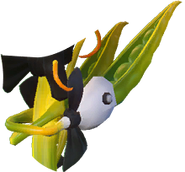 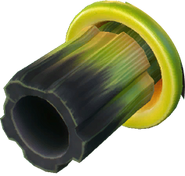 Agent Pea in the customization booth