Acespearagus was a plant found in Plants vs. Zombies Adventures. He was the VIP version of the Aspearagus. The player obtained him after completing Cadaver Cavern Level 2.

Like Aspearagus, he was based on the asparagus (Asparagus officinalis), a spring vegetable and flowering perennial plant species in the genus of the same name.  He is also based on a fighter pilot, a military aviator trained to engage in air-to-air combat while in the cockpit of a fighter aircraft.

His name was a portmanteau of "ace," seeing as he had a fighter pilot's helmet; and Aspearagus, his non-VIP version.

In flight school, Ace was a loose cannon. He had little respect for authority, shooting his mouth off at the smallest provocation. But, when it comes to garden warfare, he follows the rules of engagement, taking out distant targets with cold, steely-eyed precision. For zombies, the space around Ace is a danger zone! 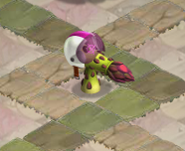 An Acespearagus on a Road Trip level 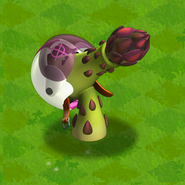 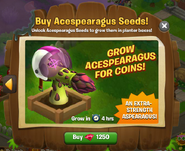