(Mission)RED Alert is a unique mission in Plants vs. Zombies Heroes that is not included amongst the main missions. It can however be a limited time mission as it is made to celebrate the Games for RED event. The main opposing zombie hero for this mission is Super Brainz. This mission also features The Smash as an opposing zombie hero. In addition, each level has a provided deck that the player must use and the player cannot change the deck to use for this mission. The player also can only play as Rose, even if the player didn't even have Rose unlocked. Usually, these provided decks consist of Team-up and Flower decks that Rose will have in the provided deck. It will also include Red Stinger in Rose deck although Red Stinger is in the Guardian Class, but considering it's a flower, it is added in the deck.

Rose sends a message to Crazy Dave, telling him that her castle is being taken over by Dr. Zomboss. Crazy Dave summons Red Stinger, Briar Rose, and Pepper M.D. to help her.

The dialogue about the special gimmick in Encounter Battle

The dialogue about the special gimmick on Teammate Battle I

Teammate Battle I gameplay by Fairy27

Finished Teammate Battle I by Fairy27

Crisis Battle I by BF10

The dialogue about the special gimmick on Mini Boss Battle

The dialogue about the special gimmick on Boss Battle

Boss Battle by BF10
Add a photo to this gallery

The first comic strip (No text, and in reverse order)

The second comic strip (No text) 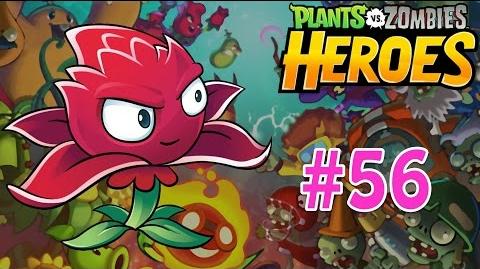 Retrieved from "https://plantsvszombies.fandom.com/wiki/(Mission)RED_Alert?oldid=2249821"
Community content is available under CC-BY-SA unless otherwise noted.